Update: National Audit Office report that up to 26 May, just 96 million (1 per cent) of the 691 million tests distributed in England had been registered. “NHS [Serco…] T and T does not know whether the tests that have not been registered have been used or not,” it said. Furthermore, 45 per cent of those working in TTT are still expensive private consultants, despite Dido Harding promising to switch to civil servants. Shadow Health Minister Justin Madders said:

“If lateral flow tests are going to play their part in helping society reopen, ministers need to make sure results are registered – it’s astounding that 550,000,000 tests have gone missing.”

In September 2020, Sarah’s family experienced a testing SNAFU. It caused the family enormous stress and prompted Sarah to write to South Dorset MP, Richard Drax. Nine months on and £37 billion pounds later, you might expect the Test, Track and Trace (TTT) operation headed up (until recently) by Dido Harding (aspiring head of NHS England and wife of Somerset MP John Penrose) to be near-perfect by now. World-beating. Planet-leading. Sadly, you would be wrong.

On Friday, June 11, 13 members of Sarah’s family from six different households met in the garden of her Portland home. Two of them later visited the patriarch of the family — let’s call him Grandpa — in his nearby extra care living complex. So that’s 14 members of the family in total mingling with one another, obeying all the Covid-19 rules then in place. It was a year to the day that the matriarch of the family had died. None of them had been allowed to attend her funeral. Instead, they were allowed to watch on Zoom as a coffin progressed through a church full of empty pews. Heartbreaking.

Those members of the family not actually living in the Portland house were camping outside in the garden. Around 8pm that evening, one of Sarah’s nephews took a lateral flow test, and tested positive. Everyone else did a test, and tested negative. The young man — Rory — had three more positive tests over the next couple of hours, but it was too late to get him a PCR test that day.

On Saturday morning, they all tested negative, apart from Rory who had had four positive lateral flow tests the night before. The visitors couldn’t stay in tents in Sarah’s garden any longer, so they decided the best thing they could do was to head back to their respective homes in Bristol and Wales, and arrange for PCR tests. Before that, Rory reported the positive results of his various lateral flow tests by ringing 119. Despite eight adults having the so-called ‘NHS’ app on their phones, nobody received a ping!

It later transpired that Rory was supposed to enter a code back into the app, which he didn’t do, because he thought once he had notified 119, it automatically took care of things. How many people have made that mistake over the past year?

Notwithstanding his four positive lateral flow tests, Rory couldn’t book a PCR test for love or money. He tried to get one in Taunton, en route to his student house-share in Bristol. No joy. Eventually, he found a free slot at a drive-through test site outside Bristol somewhere — nobody knows where, because the family spent an hour looking for it, but were unable to ever find it. The postcode Rory was sent took them to a dual carriage-way under a bridge between Bristol and Bath. There was no signage, and so they gave up and ordered a home test kit.

Monday morning, 7am. Another family member tested positive: Harrie. Two hours later, Harrie’s boyfriend — who by then was isolating from her in another room, as his test was negative — received a notification to isolate. Likewise, her boss and a friend were pinged, both of whom she last saw on the previous Thursday. Finally, TTT England rang her.

They asked where she had been and for the postcode. She explained who was she was with, but they showed no interest in taking anyone else’s details. Two of her brothers’ apps then pinged to tell them to isolate. Then her mother’s app pinged. Everyone who had the app was now in ‘quarantine’.

Monday, 2pm. Harrie’s mother, Polly, received a call from TTT Wales and was asked to self-isolate. She told them that her husband and youngest daughter had also been in contact with the person who tested positive, but they didn’t seem to be aware or even interested. She was again told to isolate, which she assured them she was already doing. Of the eight adults with the app on their phones who had not tested positive, Polly was the only one to get such a call. Is it a coincidence that she is the only one of them living in Wales?

TTT did not ask Harrie for the contact details of the people she had been in touch with. How can that be right? Eight of the 14 people who’d met to honour their deceased mother or grandmother had not been contacted to isolate. Fortunately for their neighbours, this is a responsible family, and they all went into self-isolation anyway.

Where did £37 billion of taxpayers’ money go?

What did our government spend that £37 billion on? Why aren’t contact tracers briefed to collect all information about everyone a person who tests positive has been in contact with? Even if those contacts don’t have a smart phone, or have not downloaded the app, TTT England could hand off to local NHS contact tracing (which is way more effective than TTT will ever be), to track those people down. After four positive flow tests and one negative one, Rory went on to eventually do a PCR test, which was confirmed positive. None of Rory’s housemates were contacted or pinged.

Grandpa could have been wandering around his extra-care living complex, meeting all his neighbours in the communal areas. The two family members who tested positive, Rory and Harrie, had been into Grandpa’s flat (via the communal areas) for a couple of hours that Friday of Grandma’s memorial. The family rang the manager and care agency to advise them but, once again, there was no contact from TTT England.

The system seems to let the most vulnerable slip through the net. Will elderly people have downloaded the app? Aren’t they the most vulnerable? Many students have older phones, always running on low battery or dead when not plugged into the wall. Are they simply not traced? Do you cease to exist if you don’t own a smart phone? Why aren’t Dido Harding’s army of expensive contact tracers actually tracing contacts? If we want to stop Covid-19 in its tracks, each home nation’s TTT operation has to actually track and trace, not just rely on an app that is hit and miss at the best of times.

Now we have the vaccine, does TTT matter?

We have the vaccine now, so does this matter any more? Yes, it does. Not until everyone is vaccinated are we safe. Boris Johnson’s unwillingness to put India on the red list until three weeks after the first case of the Delta variant was identified in the UK shows why. We had sacrificed and sacrificed, and almost seen the back of the pandemic, but Johnson wanted to go on a jolly to India, so he resisted closing our borders, and the virus seeded the length and breadth of the country.

The UK now has the second highest incidence of the Delta variant outside of India. On the date originally designated as ‘Freedom Day’, June 21, there were 10,663 new cases, ten times as many as our near neighbour, France. Hospitalisations have tripled in one month. Ten per cent of those hospitalised have been fully vaccinated.

The government has failed us

Our government has not followed a zero-Covid strategy, so we will likely always have outbreaks. That means we will continue to need all the tools available to control the spread of the virus, especially test, track and trace and a sensible border policy. It would be an insult to every man, woman and child in this country, and sound the death-knell for the NHS, if, after squandering £37 billion of taxpayers’ money on a lacklustre TTT operation, Dido Harding is appointed as its head.

The virus is a moving target: it will continue to evolve to try to find a way around the vaccine. Sadly, Boris Johnson’s selfishness and inability to manage the Covid-19 pandemic professionally and sensibly may have put us, and the world, at risk of an even more deadly mutation than the delta variant. 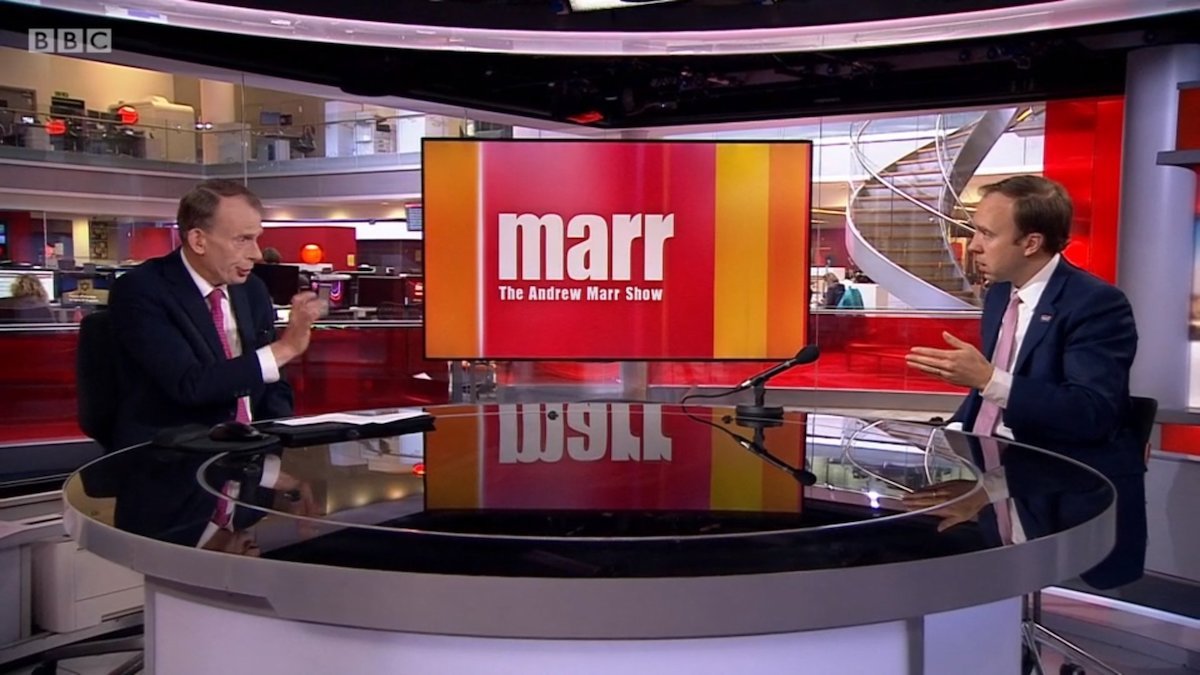 All eyes are on vaccination, but testing failures must not be forgotten

In my own small way, I was caught out by the closing of the borders the weekend before Christmas. Matt Hancock ran around Britain’s TV and radio studios telling stunned presenters and audiences that Covid-19 was “out of control” in London and the South-East. That’s the modern-day equivalent of screaming it from the rooftops. It […]