Integrated Care Systems (ICS) are here. What do they mean for you?

The NHS is being reorganised again, and if you’re like most people you’ll have questions. So what’s happening? Campaign group We Own It have given us permission to reproduce their guide to Integrated Care Systems (ICS). In an upcoming article, we’ll talk about what’s going on in the south west, with information from Save Our Hospital Services.

From July 1 2022, the NHS will be split into 42 Integrated Care Systems (ICS). Find out which ICS you are in by clicking HERE.

Many people have been in touch to ask what these Integrated Care Systems are, how you can find out which ICS you live in, and what ICS means for your healthcare in practice. Here, we’ll tackle some of the most common ICS questions.

1. What are Integrated Care Systems (ICS)? 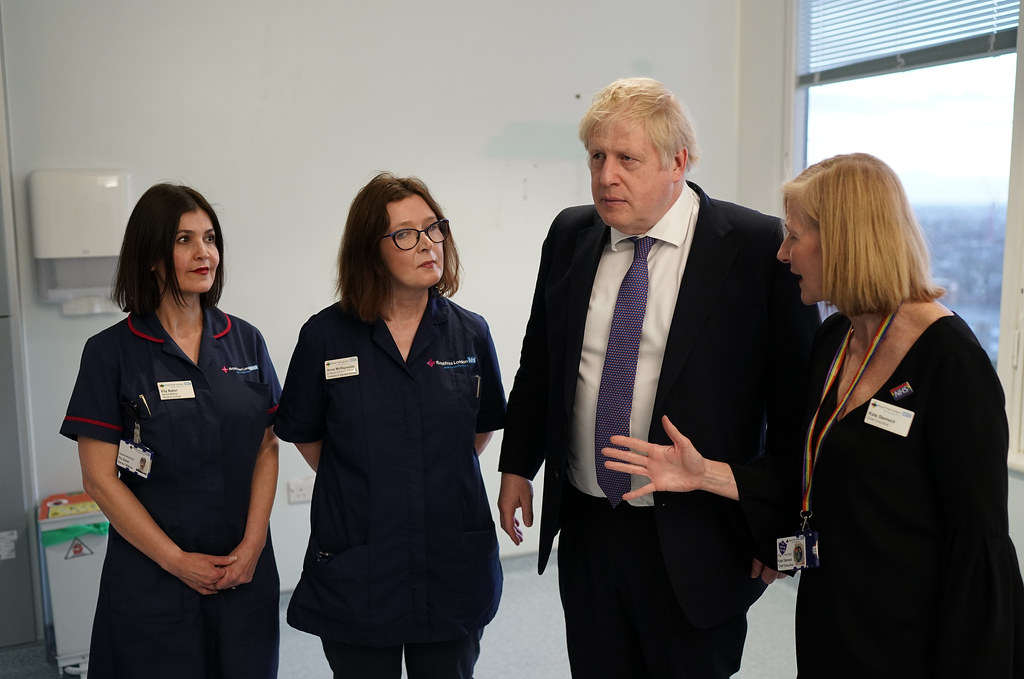 Integrated Care Systems, or ICS for short, bring healthcare, social care, mental health, and community services together into one setting, instead of continuing to provide these services separately.

The NHS’s website says ICS will eliminate “traditional divisions between hospitals and family doctors, between physical and mental health, and between NHS and council services”.

Under Integrated Care Systems, the care you get from the NHS will be planned, designed and commissioned by regional and local bodies that include NHS leaders and providers with specialties across the different aspects of health and wellbeing.

Integrated Care Systems will replace Clinical Commissioning Groups, which were created in 2012 to be responsible for commissioning NHS services in each area.

ICS is largely untested, so it remains unclear whether it will actually succeed in integrating health and social care. A new study has already identified several issues, including the fact that there is no shared understanding of what ‘integration’ means across the NHS.

The Health and Care Bill, which the government has pushed through parliament, will legalise Integrated Care Systems (ICS) but ICS will only officially be launched on the 1st of July.

The Health and Care Bill will change two main things about the way the NHS is currently run in each local area.

First, right now decisions about what NHS services are available, who provides those NHS services and who can be cared for in the NHS in each local area are currently made by a body made up mostly of senior doctors, nurses and NHS administrators.

Despite the government’s claims to the contrary, the Bill doesn’t rule out people who work for private companies or who have a financial interest in private healthcare companies sitting on ICB.

In fact, evidence is already indicating that private healthcare representatives will have a prominent role in making decisions about our healthcare in some areas.

For example, the designated chair of the Bedfordshire, Luton and Milton Keynes ICB is an executive at a private healthcare company called Queen Square Enterprises.

And the ICS for Bath and North East Somerset, Wiltshire and Swindon  has Virgin care on the unofficial board of directors.

After pressure from NHS campaigners from Protect Our NHS BANES and We Own It, the designated chair, Stephenie Elsy, has pledged that nobody who works for or has an interest in private companies will sit on the official board.

But this conflict of interest is being played out in ICB across the country. Clearly people who have a financial interest in the decisions that the board will be making should not be allowed to be members of the board.

The second way the Bill will change the NHS is by scrapping the requirement to put contracts for NHS services through a competitive tendering process, which can and often does involve private companies bidding to provide services.

Scrapping the competitive tendering process is not a bad thing if it is replaced with a new rule that makes the NHS the default provider of all NHS services.

As the British Medical Association (BMA) has argued, without making the NHS the default provider, scrapping competitive tendering only opens the door to contracts being handed out to private companies without transparency.

Campaigners believe the Health and Care bill drives the NHS further down the road of NHS privatisation. We Own It’s latest polling found that 76% of the public say they want NHS privatisation ended.

3. What does ICS mean for you?

The government has promised that ICS will improve the service you receive: at your GP surgery, your local A&E or at home.

Integrated Care Systems mainly affect the planning and commissioning of services. NHS campaigners have argued that increasing the role of private companies at the level where decisions about who provides services are made will bring in profit calculations and therefore worsen the quality of the service people receive from the NHS.

Keep Our NHS Public (KONP) lists the following ways in which Integrated Care Systems would threaten the service we receive from the NHS:

4. Will ICS increase privatisation and why is this bad? 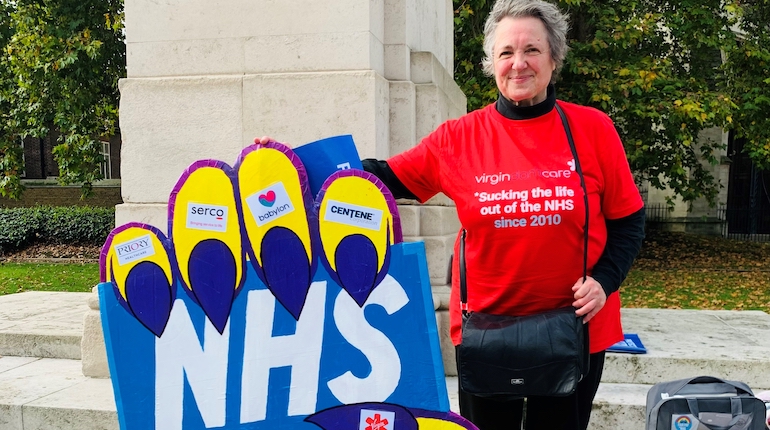 Furthermore, the scrapping of competitive tendering without making the NHS a default provider of NHS services will, according to the British Medical Association, make giving out contracts to private companies without public scrutiny much easier.

Here are 5 reasons why privatisation in the NHS is bad for patients:

England is divided into 42 Integrated Care Systems, each covering an area of between 1 and 3 million people.

To find out which ICS you belong to, simply click here and enter your postcode.

Our tool also tells you who chairs your local ICS.

6. How can I protect the NHS from privatisation?

Use our new tool, Find My NHS, to email your local NHS leaders now. It takes 2mins.

We have launched the tool for 3 main reasons:

1. Much of the reorganisation of the NHS has been carried out in secret.

Last month we wrote to all 42 new unofficial ICS boards to ask if they plan on consulting local people on the direction they want their NHS to go in. The vast majority of those that responded said they weren’t required to do so by the government.

As a consequence, people don’t know what an ICS is, which ICS they live in or who leads the ICS they live in. Find My NHS makes this information accessible – all you need is your postcode.

2. We wanted to create a tool that makes taking action and having an impact in the fight against NHS privatisation in your local area as simple as possible.

This tool makes it easy to take action in just a few clicks.

3. To really have an impact, we need volume!

They often think that anti-privatisation campaigning is a preoccupation of just a few local campaigners who go to every meeting. They expect that the public doesn’t care, despite polling showing the opposite.

Volume shows them people care. Find My NHS enables as many of us as possible to have an impact.

The reorganisation of the NHS provides local people across England an opportunity to demand that local NHS leaders use this opportunity to reset the direction of travel in their local NHS.

Instead of continuing to go full steam toward privatisation, they must refocus on the needs of local people and rebuilding the NHS.