We have written many times about the seemingly endless resources of petty unkindness and more serious inhumanities employed by the Home Office. The Ukraine crisis has furnished Patel and her team with more opportunities thrown up by the human tragedy itself and the cover it provides for other actions.

After concerted efforts to get the criteria relaxed for Ukrainian refugees fleeing Putin’s war and despite Johnson’s wildly dishonest assertions that the UK has the most generous policy towards refugees and has taken in more refugees since 2015 than any other country in Europe, the Home Office grudgingly expanded its definition of family to include parents and their adult children. But the obstacles to securing sanctuary here in the UK remain impossibly high.

This is a tale best told in tweets:

Please write to your Conservative MP and tell them that actions speak louder than words. Do we agree with Dominic Raab that “if we just open our doors to Ukrainian refugees, we will undermine popular support.”?

Of course, if he meant to say “We will undermine POPULIST support for the Conservatives”, well, that’s another matter.

Meanwhile, the campaign group The 3 Million (representing EU citizens living here and struggling to secure rights stripped from them by Brexit) are still desperately trying to secure physical proof of immigration status. That campaign has received yet another setback, as Richard Haviland reports:

The Home Office has waited until just days before a crucial debate in the House of Lords to reject a proposal from @the3million for addressing the problems caused by the digital-only immigration status given to EU citizens in the UK.

Since Brexit, ministers’ failure to provide EU citizens with physical back-up has been a running sore. It leaves them uniquely disadvantaged relative to others.

They can have difficulty when trying to prove their status to employers, to landlords or – in the event of a systems outage – to UK border officials. It’s also unfair on those who are vulnerable or who lack digital know-how.

This leaves EU citizens at risk of discrimination. It undermines the commitment in the Withdrawal Agreement to treat them fairly. And it breaks the promise made in 2016 by Priti Patel that EU citizens would be treated “no less favourably than they are at present”.

The Scottish and Welsh Governments and Northern Ireland executive have all called on the Home Office to provide the option of a physical back-up, but to no avail. They have now written not one but two letters to Kevin Foster with more detail on the very real effect this is having on people’s lives. You can read the most recent letter here.

Later this week, the House of Lords will vote on an amendment (79) to the Nationality and Borders Bill, tabled by LibDem peer, Lord Oates, which would require the Home Secretary to provide the option of a physical back-up to anybody eligible who requests it.

It’s extraordinary that the Home Office has waited until just days before this debate before rejecting the 3Million’s proposal, which would use a secure QR code with full encrypted details of an individual’s status – to be printed off if they wished to do so.

It’s not as if the proposal is new to the Home Office – they have been discussing it with the 3Million for nine months.

Crucially, not only have the Home Office rejected the proposal – they have failed to offer any sort of alternative. That’s why it’s so important that Amendment 79 succeeds this week.

It’s a pity the government has to be forced to do the right thing. But if that’s what’s required, we should urge peers to help. We can all help by writing to them.

Full details of The 3Million’s campaign for physical evidence of their status can be found here. 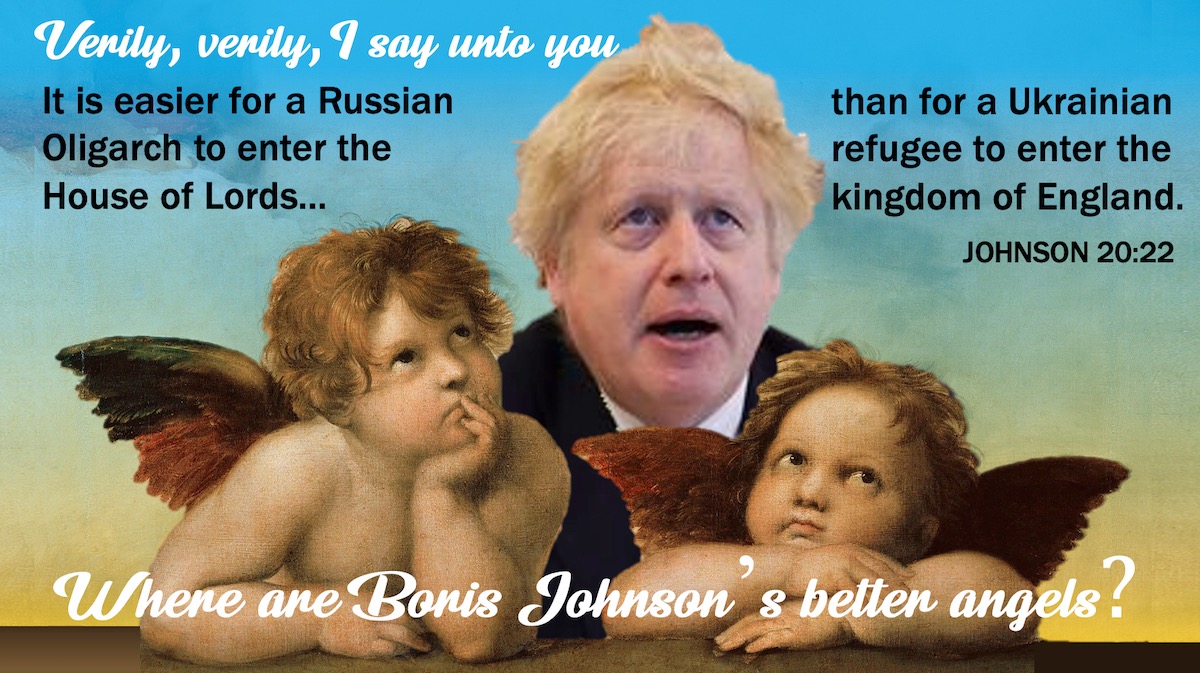 Helping Ukrainians fleeing war – or not. How do you define a family?