We’re all a bit tired of pretending that Brexit is fine/will be fine, aren’t we? There are even a few cracks appearing in the BBC’s propaganda wall. Plausible deniability is over. A Brexit-supporting Question Time audience can see it for what it is: a disaster. The government is turning itself inside out trying to spin the tsunami of negative news. Shortages of food and workers were always part of the plan. We’re migrating to a high-skills, high-wage economy … blah, blah, blah. Black is white; down is up; failure is the new success. It’s gaslighting on an epic scale. Do they think we’re stupid?

Two unelected men think we (and the EU) are. But while one displays selective amnesia and tries to rewrite history, the other is jubilant at the con, and boasting of the heist. To the belligerent (unelected) bureaucrat (remember how much we are meant to loathe those?) there is absolutely no shame in pretty much admitting that Johnson only signed the Northern Ireland protocol to ‘get Brexit done’. And yet, this same man and his less-than-honest boss crowed about the deal as a great coup and a triumph. Do they think that no-one remembers?

Frost’s speech in Lisbon was another blow to the UK’s deteriorating reputation. The only epithet we now seem to aspire to is that of perfidious Albion. It drove Conservative former Number 10 chief-of-staff Gavin Barwell to say:

“The absolute state of David Frost trashing the deal he negotiated + hailed as a triumph – despite many, yours truly included, warning it was a dud – and worse now using it to further undermine our relationship with some of our closest friends in an increasingly dangerous world”

But it gets worse. Much worse.

Well. He is cock-a-hoop at the outrage of decent, honourable commentators at the whole sorry Brexit story and this latest, shameful chapter. Here he is, gleefully celebrating a strategy which will make almost all of us a great deal poorer, less safe and more exploited, and will make some of them a great deal richer and a great deal more powerful.

I have supplied a translation of the original tweet because there’s a fair bit of ‘showing-off-how-down-with-the-kidz-I-am’ jargon from the self-professed superbrain:

We took over a party on ~10%, worst constitutional crisis in century, much of deep state angling for BINO or 2REF. So we wriggled thro with best option we cd & intended to get the []* to ditch bits we didn’t like after whacking Corbyn. We prioritised. Now time for IM2 #Frosty

Translated: We took over the party when on 10 per cent in the polls, worst constitutional crisis in a century (basically an undeliverable fantasy Brexit or catastrophic ‘No Deal’ that parliament would not, and could not, sign off), much of deep state (people Cummings does not like or rate … opposition) angling for Brexit In Name Only or a second referendum (people’s vote). So we wriggled through with the best option we could get and intended to get the [] (*shopping trolley emoji used here…a reference to his nickname for Johnson) to ditch bit we didn’t like after whacking Corbyn. Now time for Internal Market 2. #Frosty (Lord Frost: the unelected bureaucrat ennobled for fronting the scammed ‘done deal’.)

He goes on (nb: this the original text):

For all those whining, you try solving a once-a-century constit crisis starting on 10% in polls with totally fkd negotiating situation, SW1 hysterical, joke Cabinet, mutinous GLS & a fkd for PM who only understood even vaguely WTF the Customs Union was in 11/20 – not easy!

No what Ive said does NOT mean ‘the PM was lying in GE2019’, he never had a scoobydoo what the deal he signed meant. He never understood what leaving Customs Union meant until 11/20. In 1/20 he was babbling ‘Id never have signed it if Id understood it’ (but that WAS a lie)

We had clear goals & prioritised. Our priorities meant e.g getting Brexit done is 10000 x more important than lawyers yapping re international law in negotiations with people who break i/n law all the time. EU membership infantilised SW1 as yapping re ‘i/n law’ clearly shows

Nice, huh? How does this make you feel if you believed Boris Johnson and that he had the country’s best interests at heart? How does it make you feel that these two unelected men gamed the whole thing to secure political power and that Johnson and his cabal are now able to exploit a massive majority to trash our freedoms, subvert the rule of law, line the pockets of their mates, crater the economy AND kill 160,000 people with impunity … all on the back of an oven ready Brexit deal, which was always a lie, bred by a lie and promoted by liars?

Perhaps the intention all along was to cast the UK adrift as a rogue state, aggressively anti the rule of law, human and workers’ rights, indifferent to the climate emergency, except when it affords them a high profile on the world stage. Make a heap of money, exploit the masses, flog the NHS, curb the courts, stamp out protest. Align themselves with Orban and Putin and hope for a Trump renaissance.

One thing is clear : they have certainly shown themselves to be utterly indifferent to the truth … and now we are derided for calling them out. This level of deception and corruption is, surely, unsustainable. We need them to be held to account. 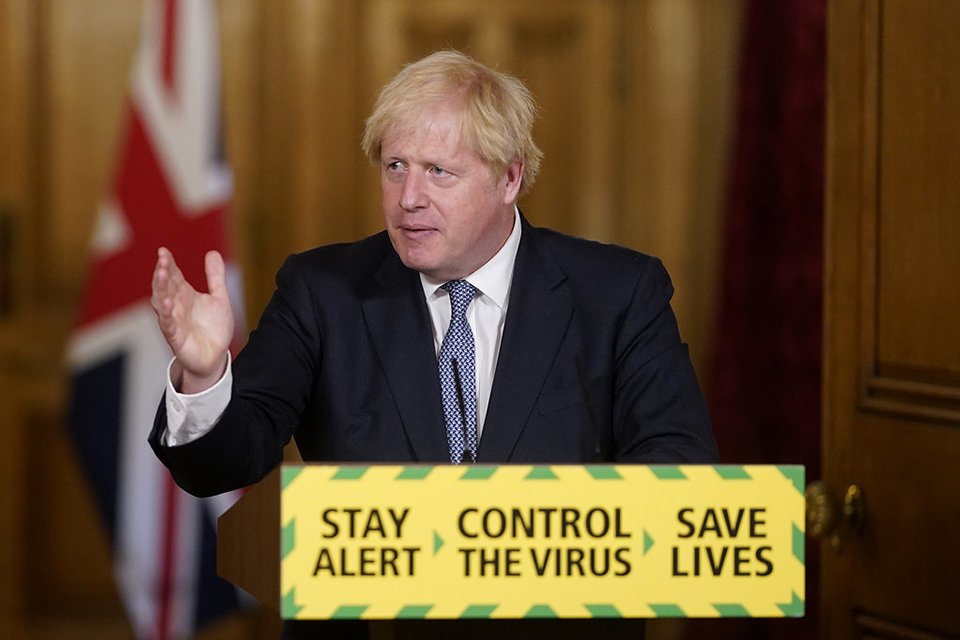 Most of those who made catastrophic errors on Covid are still in charge, which does at least explain why so much is still going wrong.