I recall a conversation with a Boris fan when I was on a street stall, campaigning for a second referendum to review the Brexit deal and decide whether it was what the country wanted.

“I’m backing Boris!” he shouted gleefully, as he skipped past the Brexitometer with its mass of stickers in the “No to Brexit” box.

It matter that our prime minister is a liar. It’s not funny. Or clever.

Not all politicians are the same.

His appalling behaviour cannot continue to be normalised. The country cannot withstand much more of this erosion of standards and values to his amoral level.

It’s time for MPs to stand up for truth, honour and integrity in politics…or, if that’s a step too far for the cynics, to, at the least, say no to this toxic narcissist and his endless tsunami of lies. He appears out of control but, scarily, he actually has been given complete control over an anti-democratic, authoritarian agenda. He’s working against us, against the country, de-stabilising our democracy and accreting more power to himself.

We are in dangerous territory and Johnson-supporting MPs are wholly complicit in our descent towards a dictatorship.

And another thing…if Tory MPs think they’ve got no-one better to lead them, what does that say, eh?

UK getting closer to the F-word: Mhairi Black’s barnstorming speech 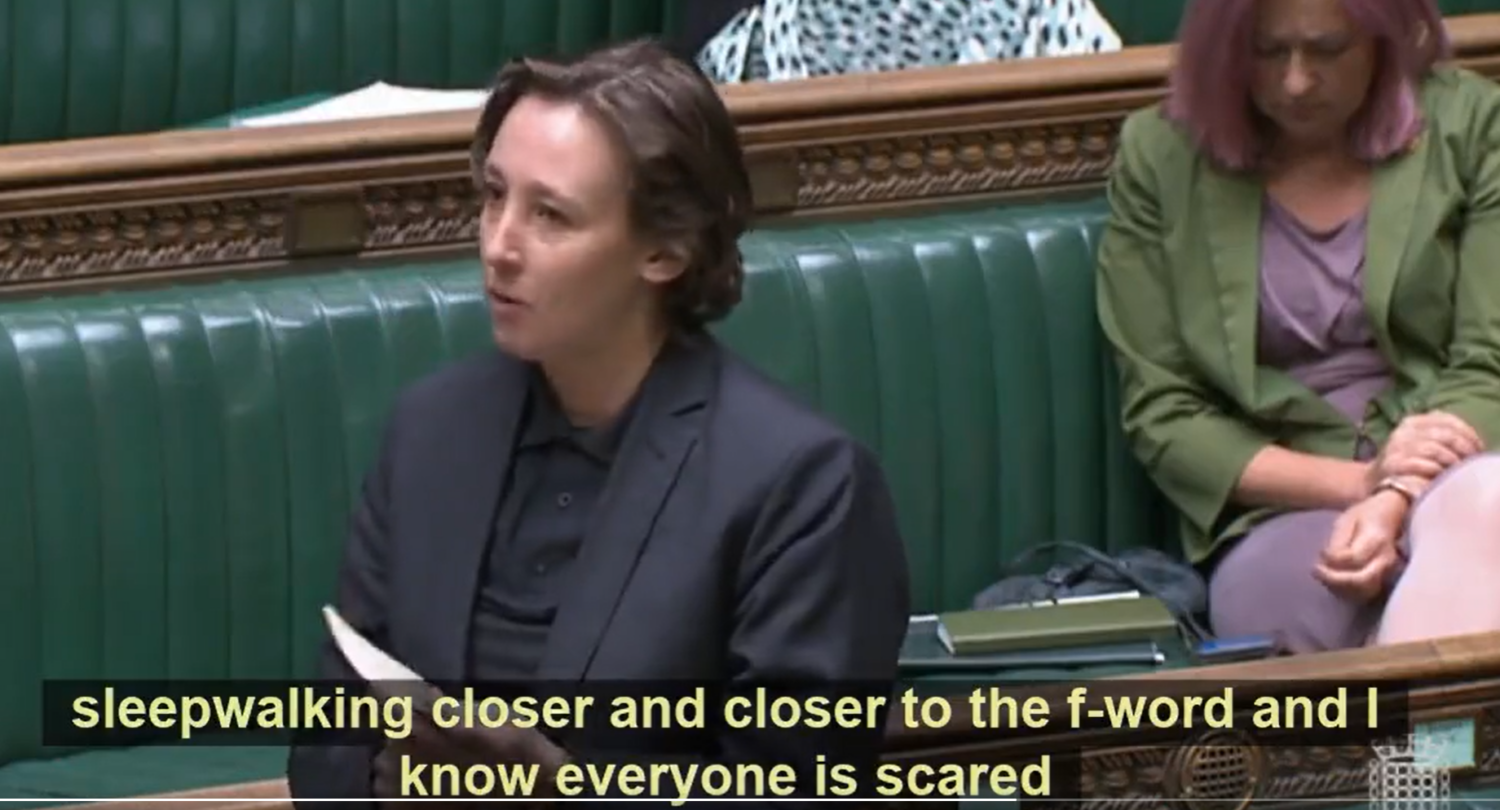